The founder of Facebook introduced a new vision for the platform (and for social networks in general) focusing on–wait for it–privacy. The skepticism about the proposal became immediately palpable, and Zuckerberg himself anticipated it in his text, as something that would be a natural reaction to the scandals that the company has seen in recent years. Those include problems ranging from the influence of foreign actors in the US elections to security violations affecting the personal data of users.

Not to go against the grain, but my initial reaction to the announcement rather than skepticism brought me a certain feeling of disappointment. In essence, Facebook is a company that has revolutionized many aspects of society and business based on the assumption that people have an inherent desire to share their life–in many cases beyond what others want to know…TMI! That is why I immediately when back to the image of the defiant entrepreneur who created a public relations crisis when in 2010 when he told Time: “The way that people think about privacy is changing a bit … What people want isn’t complete privacy. It isn’t that they want secrecy. It’s that they want control over what they share and what they don’t.” Perhaps a movement to redefine privacy can be scandalous, but the truth is that it is necessary to rearrange certain concepts and principles so that they reflect the new realities of a world where people are increasingly interconnected with each other than with traditional centers of power and control.

The circles of trust are shrinking

On second thought, a closer look at Zuckerberg’s note makes me think that this new vision may be somewhat aligned with his original inspiration. In addition to technical and security aspects, it emphasizes a focus on private interactions among the users of Facebook’s multiple services. The text recognizes that “many people prefer the intimacy of communicating one-on-one or with just a few friends.” This is confirmed by several internal audience studies that I have seen from media companies the past years: circles of trust have narrowed, and there are certain topics in which we prefer to share in safe environments, where we are not exposed to the negative reactions of a potential digital mob.

However, when Facebook speaks of enhancing these private connections, there is an implicit element of tension between that desire and the reality of its business model, which is based on the collection of data and user insights. These allow the platform to offer its advertisers access to audiences that are most likely to buy a product or service or to execute certain actions. It remains to be seen how this tension will be solved, if it is not with something that implies an expansion of the “casual listening” into those private communications (think, for instance, when you are chatting with friends on Messenger about Cancun and immediately ads for flights and hotels start popping up for everyone involved).

The end of the world? 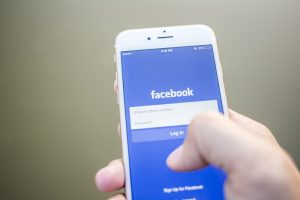 Not quite. In general, the aggregated wealth of user data and insights leads to better experiences in all digital products. At this point, I have to confess that as a user, personalized advertising seems to me more convenience of modern life than a problem. Sometimes I even click on content and ads just to remind the algorithm that at some time in the future *this* may interest me. As a professional in the media industry, I see that it is extremely necessary to resolve this tension in order to move towards new models that can really serve as an alternative to those of the embattled traditional advertising. We should recognize that continuing to think of the audience as a mass (even in digital environments) betrays, at best, a naive attitude.

Facebook and Google control more than half of the advertising market in the US, in what that the industry has dubbed a “duopoly,” one which Amazon is now threatening. Following the ethics of superheroes, with great power comes great responsibilities. As long as people continue to need products and services, and companies provide them, the equation needs adjustments. In this case, Mark Zuckerberg’s intention to redefine privacy instead of adapting to traditional norms seems like a more logical path.

We are all responsible

However, one can not leave behind the other “superhero” of this story: the networked consumer, who now enjoys a new power but also has new responsibilities. In his note, Zuckerberg refers to the importance of connecting in the “public square” with other people, ideas and content. However, the shift of focus towards closed circles could go against that goal if people accelerate the journey into their own private bubbles. This is the breeding ground of conspiracy theories and “fake news,” and it says more about the attitude of the users than the soundness of the algorithms.

Any strategy, besides regulation, would also need a strong educational component, one that is consistent with the intention of giving greater control to the individual. A follower of Mark Zuckerberg puts it in full color in one of the most popular comments the note received. User Tracy Johnson wrote: “I don’t care if adverts tell me who to vote for (I’ll ignore them just like I ignore all the adverts for yoga pants and shapewear) but could you PLEASE let me see the posts in the order they are posted by all of my friends. You don’t get to chose my friends, you’re not my Mom.”

With so many things still to be defined, the interesting thing is that apparently, we are going to be spectators in this process. Zuckerberg’s note promises transparency and collaboration. After all, sharing is part of Facebook’s DNA, is it not?